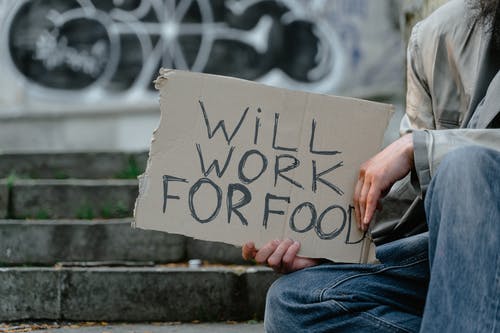 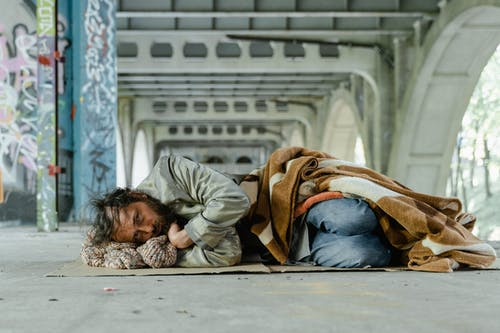 This blog has been cross-posted from the iNetwork Website and was written by Tom Hindmarch.

On the 1st March iNetwork attended the Department of Levelling Up, Housing and Communities (DLUHC) event, “Delivering Together to End Rough Sleeping”. Rough sleeping and homelessness is a huge challenge affecting many centres around the country. The iNetwork is committed to helping the sector tackle the issue of homelessness via our regular programme of activity and through the “Scalable Approach to Vulnerability Via Interoperability” (SAVVI) project run by iStandUK. The SAVVI project works in close partnership with the Ministry of Justice’s Better Outcomes through Linked Data (BOLD) programme, which tackles the homelessness issue head on. Therefore, it was encouraging to hear the progress and commitment at a national level on the issue.

The high profile event hosted talks and discussion from Michael Gove (Secretary of State for Levelling Up, Housing and Communities), Andy Burnham (Mayor of Greater Manchester), Kath Wallace (Divisional Manager at Liverpool City Council) and Bill Tidman (Chief Executive at Thames Reach) with the event chaired by the Secretary of State for Housing and Rough Sleeping Eddie Hughes.

Following a short introduction from Eddie Hughes, Michael Gove opened the event welcoming guests to the event. Minister Gove discussed the challenges we have all faced as a result of the pandemic, noting those most vulnerable have been hit hardest. He stated the pandemic posed a “unique dilemma and challenge: how can we ensure that people who have no homes stay at home, how can we protect their lives?” Michael Gove praised the efforts of professionals in the field who rose to the challenge and helped reduce homelessness over the last 2 years. He noted that concerted efforts have resulted in an 8 year low of people sleeping rough.

Finally, Michael mentioned that legislative and regulatory change was important with the government repealing ‘the archaic Vagrancy Act’ which dates back to 1824 and is an unneeded obstacle in helping people off the streets. Minister concluded by reiterating this vision to end homelessness was a shared goal across government and all other supporting organisations.

Following on, Minister Hughes reiterated the recent successes in reducing homelessness by presenting key stats outlining headline figures. The data showed the number of people sleeping rough on a single night in 2021 averaged at just 2,440, which coincides with low numbers of individuals sleeping in single night emergency accommodation which averaged at 1,780 in December 2021. Over the same period, individuals that were moved into long term accommodation peaked at 40,240. The progress on reducing rough sleeping is encouraging to see, however, Eddie Hughes restated his aim of ending homelessness for good.

Eddie Hughes noted the drivers of rough sleeping are often multiple, complex and vary from centre to centre. Minister Hughes stated the need for locally led solutions with the support of national policy rather than each centre utilising the same methods. He highlighted the commitment from government, noting multi-year funding equating to £2 billion, aimed to assist programmes around the country for the long term. Eddie outlined a three point vision:

– Rough sleeping should be prevented wherever possible, ensuring the system works better to prevent people from homelessness in the first place.
– Where rough does occur it should be rare, brief and non-recurring, ensuring effective targeted support on a local level.
– A clear a simple way to track progress and measure metrics across the country using local data.

The government is working with five areas to test various approaches. The areas will act as early adopters, they are helping shape the agenda, understanding what works and what can be brought forward. The five pilot areas are:

Eddie noted that to help deliver on this vision and wider work, the government will publish a new strategy on how to end homelessness in the near future.

Greater Manchester Mayor Andy Burnham followed, highlighting the case study of how Greater Manchester (GM) has worked to reduce and prevent rough sleeping across the region. Major Burnham argued that the success the GM has seen is a product of partnership and collaboration across all sectors, noting a 67% reduction in Homelessness over the last four years. He stated that the region was previously defeatist about homelessness, thinking of the issue as inevitable as problems such as drug addiction, in particular, ‘spice’ hit the region.

The four elements that Andy Burnham stated were key to Greater Manchester’s success:

– Supportive, strong and stable pathways away from the streets:, Andy noted two specific schemes: “A bed every night” and the “housing first” scheme. Both schemes are about the unconditional offer of accommodation and offering the same bed every night, in order to provide stability.
– A ‘names, not numbers’ approach: it is about the individual and understanding what will make the difference for them, it is not a one solution fits all. This has been an approach taken across stakeholders involved in the GM homelessness approach.
– The whole community response and wider cross-society buy in to ending homelessness.
– Co-production: specific schemes were produced by consulting individuals who have recently experienced rough sleeping.

Mayor Burnham concluded by looking to the future stating, “this is about saving lives”; GM will work even harder to further reduce numbers sleeping on the streets. Andy Burnham did however note that this would be an ever present challenge with the rising cost of living affecting households around the country.

A panel discussion followed, with Cath Wallace (Divisional Manager at Liverpool City Council) and Bill Tidman (Chief Executive at Thames Reach) who are directly working on the homelessness agenda. The questions for the panel included funding, complex needs and eligibility for support.

In relation to complex needs and individuals with limited eligibility for support, Bill responded noting people encountering homelessness have often had a poor experience of the system previously. He went on to state that the offer to individuals needs to be timely and be available when people seek guidance and support, with the system needing to flex and fit around the people’s needs.

On the same points, Cath Wallace mentioned health organisations play an important role in combating rough sleeping. In Liverpool Cath explained that multi-disciplinary groups involving health professionals often met to discuss initiatives around homelessness. She stated cross-sector working is one of the best ways to deal with the crisis.

Minister Eddie Hughes brought the event to a close by thanking everyone for their involvement, as well as stating this is a pivotal point in the battle against homelessness.

The iNetwork will look to explore the complexities of homelessness and rough sleeping through our different programme areas. In particular, the iStandUK project SAVVI focuses on early intervention and processes that can be utilised to find, assess and support vulnerable individuals. The project deals with many of the vulnerabilities that are drivers homelessness and it has recently been announced the project will be funded further by DLUHC.

Tweets by @istanduk
We use cookies on our website to give you the most relevant experience by remembering your preferences and repeat visits. By clicking “Accept All”, you consent to the use of ALL the cookies. However, you may visit "Cookie Settings" to provide a controlled consent.
Cookie SettingsAccept All
Manage consent

This website uses cookies to improve your experience while you navigate through the website. Out of these, the cookies that are categorized as necessary are stored on your browser as they are essential for the working of basic functionalities of the website. We also use third-party cookies that help us analyze and understand how you use this website. These cookies will be stored in your browser only with your consent. You also have the option to opt-out of these cookies. But opting out of some of these cookies may affect your browsing experience.
Necessary Always Enabled
Necessary cookies are absolutely essential for the website to function properly. These cookies ensure basic functionalities and security features of the website, anonymously.
Functional
Functional cookies help to perform certain functionalities like sharing the content of the website on social media platforms, collect feedbacks, and other third-party features.
Performance
Performance cookies are used to understand and analyze the key performance indexes of the website which helps in delivering a better user experience for the visitors.
Analytics
Analytical cookies are used to understand how visitors interact with the website. These cookies help provide information on metrics the number of visitors, bounce rate, traffic source, etc.
Advertisement
Advertisement cookies are used to provide visitors with relevant ads and marketing campaigns. These cookies track visitors across websites and collect information to provide customized ads.
Others
Other uncategorized cookies are those that are being analyzed and have not been classified into a category as yet.
SAVE & ACCEPT